Do you want to visit Borobudur temple complex in Magelang region of Central Java but still don’t have a chance? Don’t worry, be happy. The oldest Buddhist temples in the world and Indonesia’s single most visited tourist attraction is just a click away, thanks to Google Street View capabilities!

Earlier this year, our Street View operator strapped on the Trekker and set out to capture 360-degree imagery of all 2,500 square meters of this UNESCO World Heritage site. With Borobudur’s nine stacked platforms, 2,672 relief panels and 504 Buddha statues, there was plenty to explore. 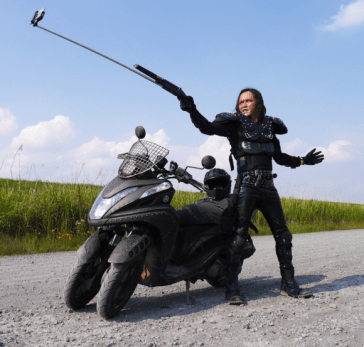 Selfie sticks banned by major Japanese train operator, finally. No wonder. To put this in perspective: So far in 2015, more people around the world have died as a result of selfie mishaps than have died from shark attacks.

Last incident: A 66-year-old Japanese tourist has died after falling down stairs while attempting to take a selfie at the Taj Mahal.

With Japanese society’s overlapping loves of photography, smartphones, and social media, it was only a matter of time until selfie sticks took the country by storm. They’re an especially common site at tourist destinations in the country, since no proper Japanese journey is complete without commemorative photos taken of the group posing with the most famous local attraction, shinkansen, and possibly whatever the local culinary delicacy is.

But as of this weekend, there are 1,195 places where you’ll see plenty of travelers but not a single selfie stick: the train stations of western Japan, which have prohibited their use.

So? Easy. Just ask your friend or a stranger to take your picture. Or robots will do this for us instead soon? ;)

The post Selfie sticks banned at 1,195 stations in Japan! appeared first on BudiPutra.com. 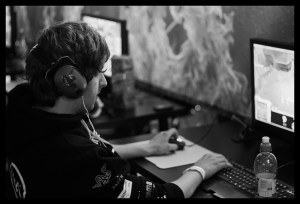 Today we live in a digital world, a fact backed up by the fact that mobile devices outnumber the amount of humans on earth. Almost everything we do in this day and age is moving towards digital, with entertainment being near the forefront.

Sports as a whole has found itself walking the digital path, and it is only growing from year to year. Goal-line technology has been introduced in football, while cricket, rugby and tennis all have their respective digital umpires. Perhaps a bigger threat to the traditional sporting enthusiasts is Esports (also known as eSports, e-sports, competitive gaming, electronic sports, or progaming in Korea), which removes the physical aspect of sports entirely.

For those unfamiliar with Esports, it pits two video game players in front of an audience and requires the gamers to play each other until there is a victor. This form of competition is now starting to generate massive audiences while the signs all point towards Esports becoming a major player in entertainment as the digital wave rises.

Video game competitions, however are nothing new. Nintendo held the World Championships for years in the early 90’s, but online gaming, and improved realistic feature in games, has really sent the Esports interest into the stratosphere.

Asia has been a major player bringing Esports into the spotlight. South Korea made coverage of various tournaments available to spectators using a streaming platform. The high internet speeds allowed viewers to watch uninterrupted while the images of these tournaments have led to higher demand in physical attendance, thus forcing promotors to use arena’s to host the competitions. World Cyber Games, one of the originals, started off with a bang in South Korea and China, and has since moved onto locations such as USA, Italy and Germany just to name a few. These tournaments are also used to promote new games, where the competition will revolve around gamers taking each other on over a newly released gaming product. 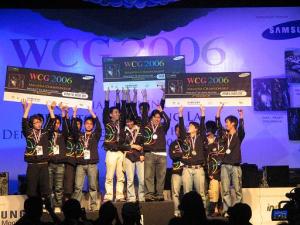 With increased popularity also comes attention from the previously uninterested traditional world. Twitch.tv took advantage by setting up a dedicated Esports streaming channel which has in turn made modest celebrities out of certain gamers.

Sponsorship has also jumped on the bandwagon. Energy drinks and computer hardware companies are among the biggest backers to sponsorship revenue. Online sports betting agencies are sitting up and taking attention, as Betway.com has set up its own Esports betting website. Betway isn’t the only online gaming site to take advantage of the gaming culture as MobileSlots.net has offered video game themed slots for over a decade in the shape of Hitman and Tomb Raider.

So Esports has managed to build itself as a highly sustainable business, but how seriously is it being taken by the traditional sporting fraternity? ESPN was asked whether it would ever consider broadcasting Esports, to which the president replied that he saw Esports as more of a ‘competition’ rather than a sport. Therefore it looks like it could take a significant amount of time before traditionalists are touting Esports as a potential Olympic addidtion, however the Esports industry has managed to accumulate a team of lawyers to ensure the legally secure future of the circus. 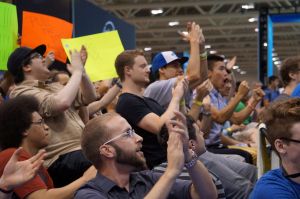 Audiences are so easily organised via the internet that the numbers just continue to grow, while feedback ensures that the events are always being updated and improved. The whole gaming landscape has been changed by Esports, as it has opened up another avenue for game sales which never existed.

Supporters of traditional sports are more likely to buy sporting equipment used by their heroes, while the same applies in the gaming world. Razer has released a special limited edition gaming controller used by competitors. Verizon, a large US telecommunications conglomerate, has announced that it will be shifting more focus towards Esports.

All the writing is on the wall that Esports is becoming a force to be reckoned with, and should viewer number surpass a certain figure, it will be hard for the traditional world to ignore it much longer.

I usually am quite careful when it comes to my phone: use phone case, apply the screen protector, things like that. But I suppose accident happens regardless. So, during the first week of August, I accidentally dropped a big screwdriver on the phone (don’t ask why) and heard a “crack” sound. Uugghh… my heart dropped when I saw the crack. Really bad.

Hoping the screen protector was strong enough to protect the touchscreen (after all, I used tempered glass screen protector), I turned it on and, bummer, the touch screen is completely borked. Fortunately, the hard drive was not affected so software worked fine. However, I could not interact with the apps, even when I tried to shutdown the phone. So, the only thing I could do was to let the phone run until it was running out of the battery and shutdown by default.

I checked the company’s website and their user forum, and found out one could send the phone back to the company in China and get charged for $150 (apparently this kind of physical damage doesn’t get covered by the warranty) or spend about $50 for the screen/touch display and replace it oneself. Being a tinkerer I am and always want to see the guts of any electronic devices, I decided to risk it and do the screen replacement myself. The downside: opening up the phone means I will void the warranty. But, at this point, warranty means little to me if I have to spend big bucks anyway to have the phone fixed. Besides, I am going to learn something new here. Worst case scenario: I failed. But then I can always sell the phone as parts on eBay. So, nothing really to loose here. Besides, I still have my Moto X phone as a backup phone.

YouTube provides various instructions on DIY phone screen replacement. I found two videos that really helped me to understand the ins and outs of replacing the screen.

The first video below nicely showed how to remove the damaged screen and put the replacement back. He showed which areas we need to pay attention to so we won’t damage the component.

The second video was created by a professional technician, so his method is very structured. The tools he used helped me to figure out the tools I need.

I basically watched those two videos probably a dozen times or so to make sure I didn’t miss anything (and, yes, I donated to their Paypal account as my thanks.)

Below is a set of thumbnails with captions explaining my work. Each thumbnail is clickable to its original image.

It was scary the first time I worked on the phone, mostly because I don’t want to break things. But I eventually felt comfortable dealing with the components and, should similar thing happened again (knocks on the wood it won’t), I at least know what to do now.